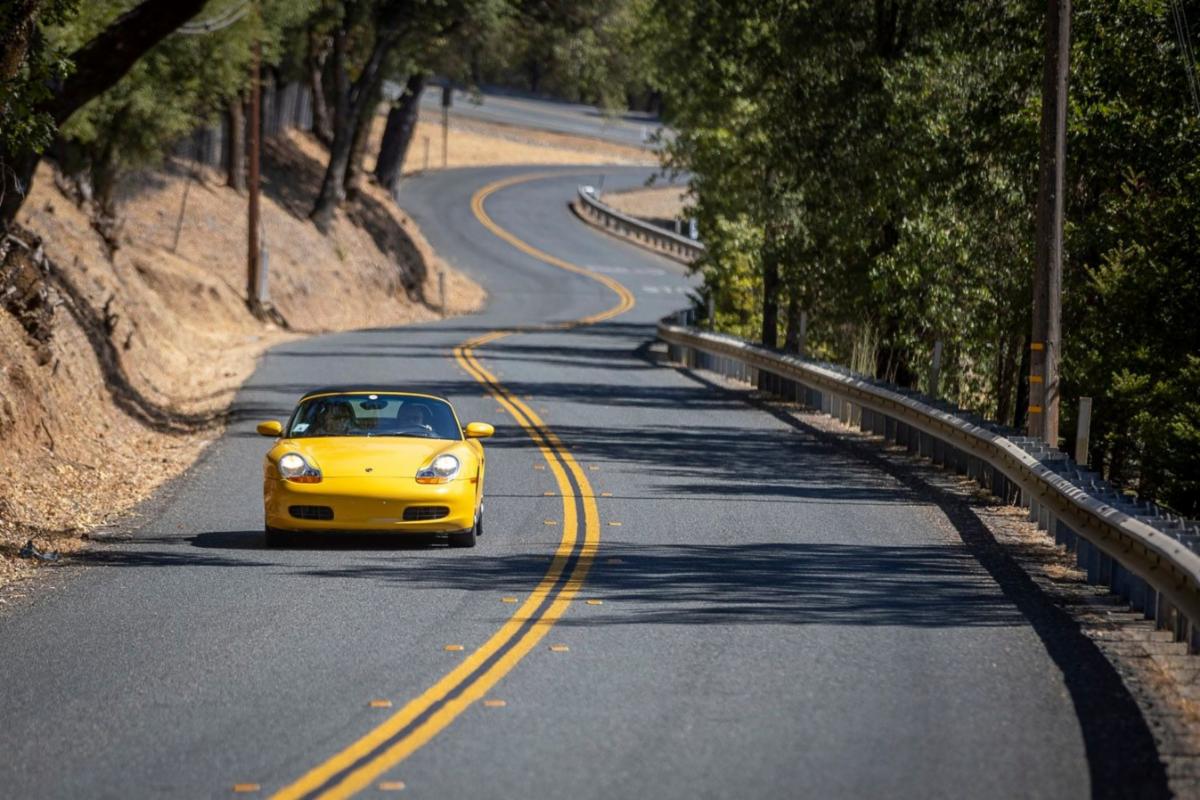 Preceded by the Social Distancing Rally last year and the Rally School last month, the Redwood Region has hosted its first real rally in over ten years.

The Trockenbach Rallye explored 145 miles of Sonoma County back roads on Saturday July 24th. Starting in Windsor, 23 Porsches and a Tesla made their way down Eastside Road, up Westside and onto East Dry Creek. After two checkpoints and a pit stop, the cars drove out to the coast for a lap around Annapolis, and then returned to find the final checkpoint just south of Geyserville. The five-hour event finished at the Round Table Pizza in Healdsburg where results were posted and awards presented over a background of pizza and beer.

Jeannie Parker and Samer Bekhazi took first place in a 2015 Carrera S with a total error of 5 seconds, including a zero on Leg 2: the only zero of the day!

Second place went to Peter Watler and Daphne Feng in a 2018 718 Cayman GTS with a score of 75 seconds.

Lisa and James Mazza claimed third place with a score of 105 seconds in their 2013 991 Carrera.

Trophies went to fourth place where we had a tie. Lisa and Ben Davoren in a 2017 Carrera S and Richard Wetzel and John Lanting in a 2001 Boxster both finished with scores of 209 seconds.

The best 4 .door Porsche team was George Boryan and Martin Gerbasi in a 2020 Macan. They got off to a great start with the best score of any car on Leg 1: an error of only 2 seconds after over an hour of driving. On the 95 mile 3rd Leg, their error was only a minute and 34 seconds. Unfortunately, a wrong turn on Leg 2 cost them a five minute max penalty. Still, they managed to finish in the top third with 7th place overall; proving that 4 doors can be just as competitive as 2 on rallies.

See full results for the Trockenbach Rallye below. 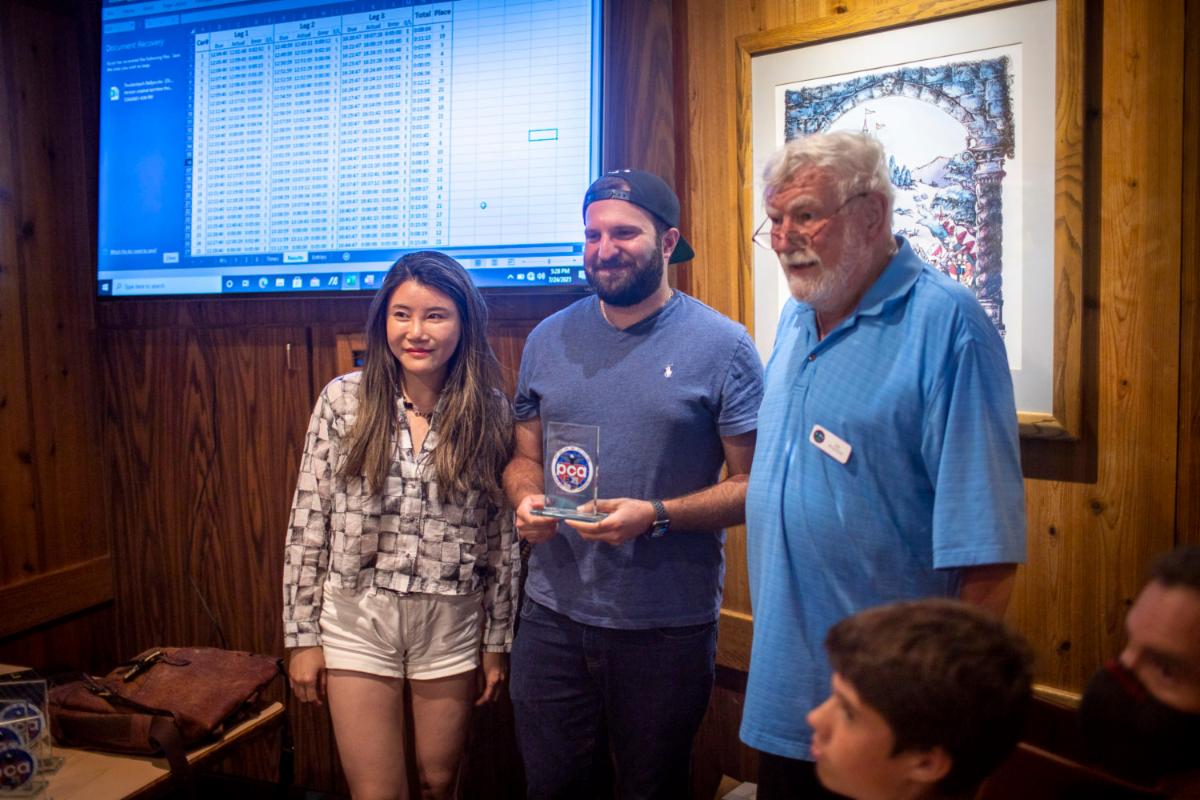 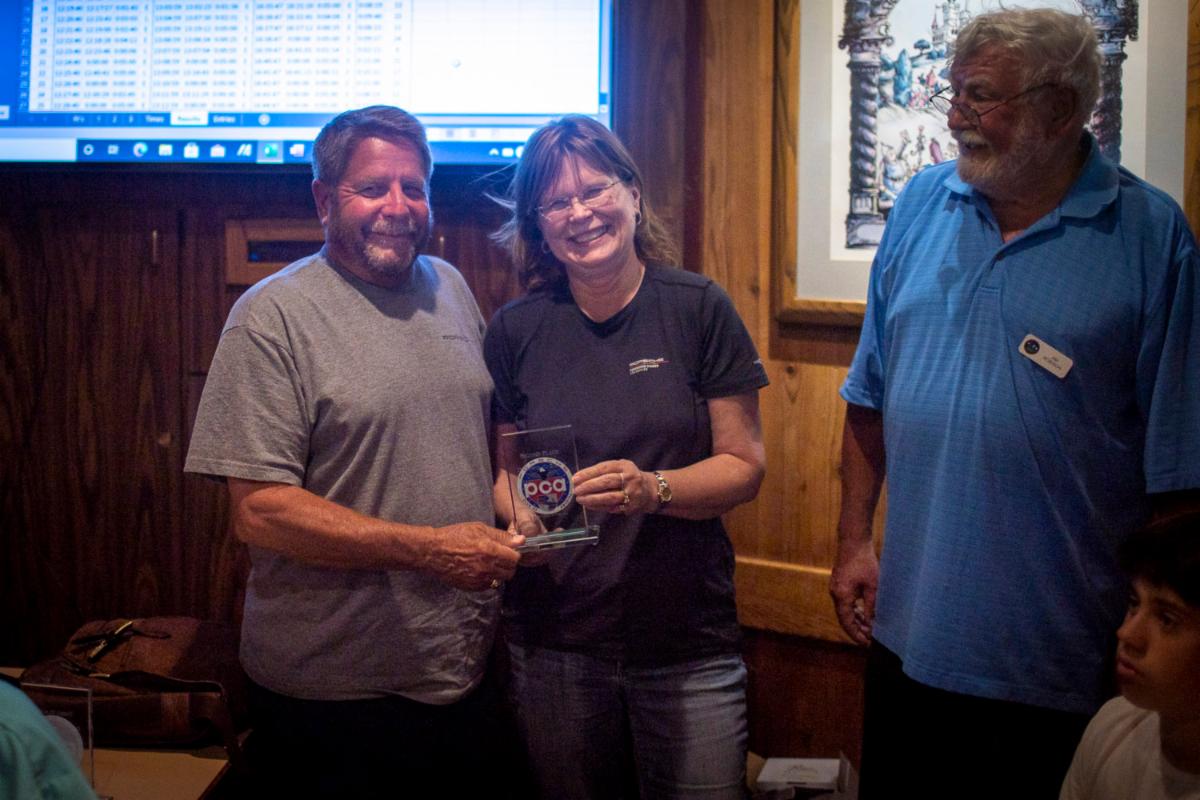 Third Place winners Lisa and James Mazza came all the way from Modesto to compete!

The next event in the series is Devil’s Gulch, on Saturday August 28th. It will use the same time-speed-distance (TSD) format, but with a lot more checkpoints. We will start in San Rafael and finish in Rohnert Park, covering about 125 all-paved miles. A trophy will be given to the best finishing 4 door Porsche, so Taycans, Panameras, Macans and Cayennes: Come on out!!!

Richard Wetzel and John Lanting are pictured navigating the chicane section in the featured image for this article.
Thank you to Guy Foster who provided all the photos from the Rally Event. 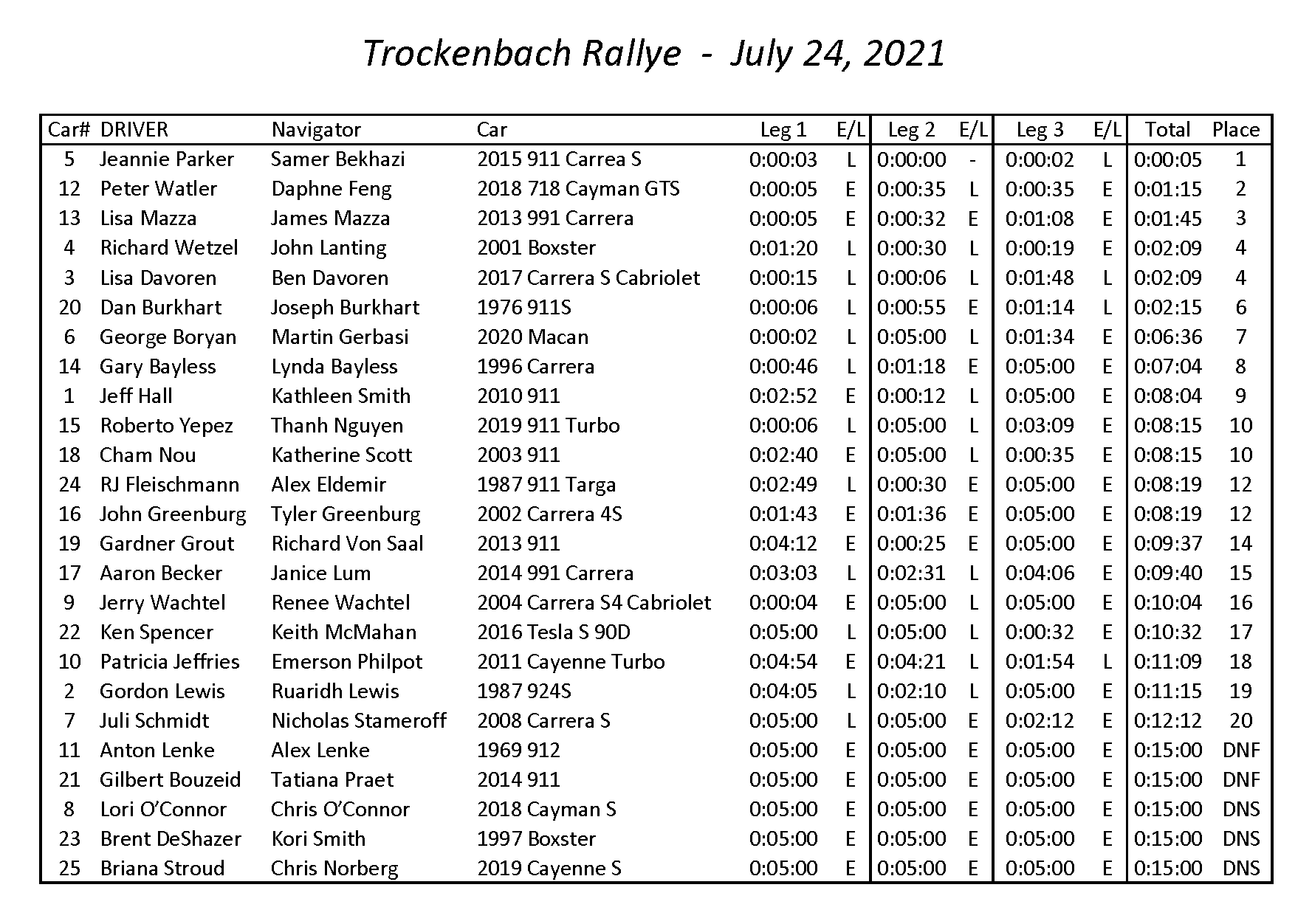 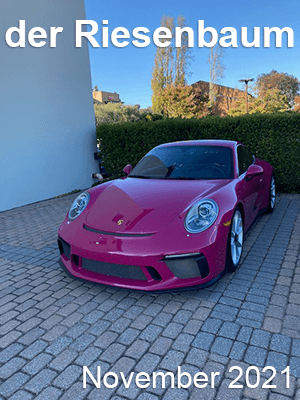